Committing to the Cooldown

As described above, users commit to a 7-day cooldown period before their withdrawal is processed. Importantly, the total number of TKN that can be redeemed for the pool tokens relinquished by the user is determined at the commencement of the cooldown period. Therefore, any value appreciation on the pool token (i.e. additional trading fees and/or auto-compounding rewards) during the cooldown period is effectively forfeited. However, the user may elect to cancel their withdrawal at any time, at which point the forfeited value appreciation is returned.

Consider the following situation. A user has 1,000 bnTKN tokens, valued at 2,000 TKN. After deciding to withdraw, they commit their bnTKN to the cooldown contract, and their value is recorded (x).

After 7 days have passed, the user will be entitled to receive the value associated with their stake, at the time the cooldown process was started. Imagine that during this time, the accumulation of rewards and/or trading revenue caused the bnTKN valuation to appreciate. 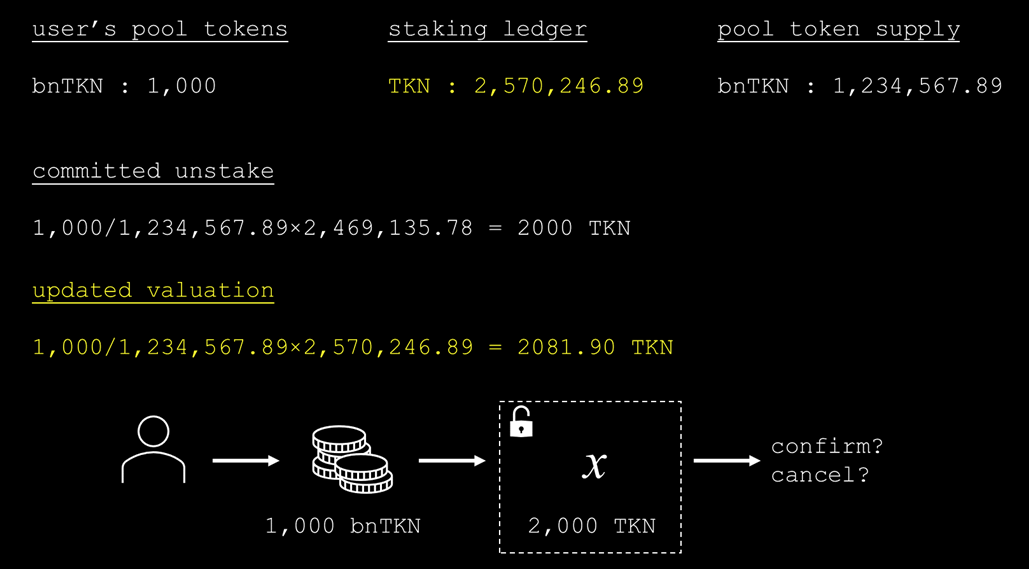 Introduction to the Withdrawal Algorithm